Is Sparkling Water Bad for Your Teeth? 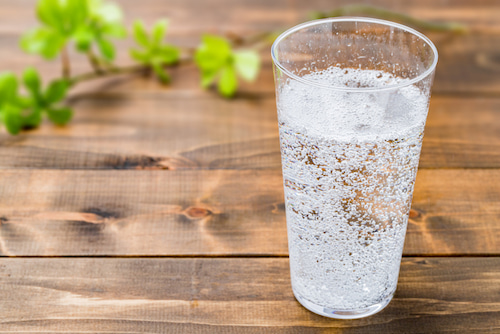 Have you made the switch from sugar-sweetened sodas and juices to sugar-free sparkling water? As the adverse effects of sugary drinks (cavities and tooth erosion) become more well-known, plenty of people are making the switch to sparkling water and other sugar-free fizzy drinks.

People often assume that sparkling water is a healthy choice, but some have suggested that it’s not as great as it seems. Is sparkling water bad for your teeth? Here’s what you need to know about the popular beverage.

Soda and Your Teeth

Sugary sodas pack a one-two punch against your teeth. First, they are full of sugar, which can lead to tooth decay and cavities. Second, many carbonated drinks are higher in acidity. Acidic foods and beverages are more likely to contribute to tooth erosion than non-acidic foods.

Because of soda’s negative effects on the teeth, the ADA recommends choosing other beverages. Among the beverages recommended by the ADA are water, milk, and unsweetened sparkling water.

Sparkling Water’s Effects on Your Teeth

A few studies have been performed examining the acidity of various drinks, including sparkling water. One, published in the Journal of the American Dental Association, measured the pH of nearly 400 beverages. The drinks included a mix of sweetened sodas, sports drinks, juices, teas, and sparkling waters.

So, is sparkling water bad for your teeth? It’s much less erosive than other beverages. Perhaps most importantly, it has a similar effect on your teeth’s enamel as regular, non-carbonated water. To keep your teeth as healthy as possible it’s recommended swapping sugary beverages for sparkling water, but not replacing regular, fluoridated water with sparkling water.

Other Ways to Protect Your Teeth

What else can you do to protect your teeth from cavities and enamel erosion? If you have some sensitivity, specially formulated toothpaste may help strengthen tooth enamel, replenish natural calcium, and protect against tooth sensitivity.

Your dentist can also help you protect your teeth. Regular dental checkups can detect signs of tooth decay early when it is easy to correct or reverse.

Making the switch from sugary drinks to unsweetened sparkling water can help protect your teeth, but it’s not the only thing you can do to keep your smile as healthy as possible.